← more from
TAR / MM / UOH
Get fresh music recommendations delivered to your inbox every Friday.
We've updated our Terms of Use. You can review the changes here. 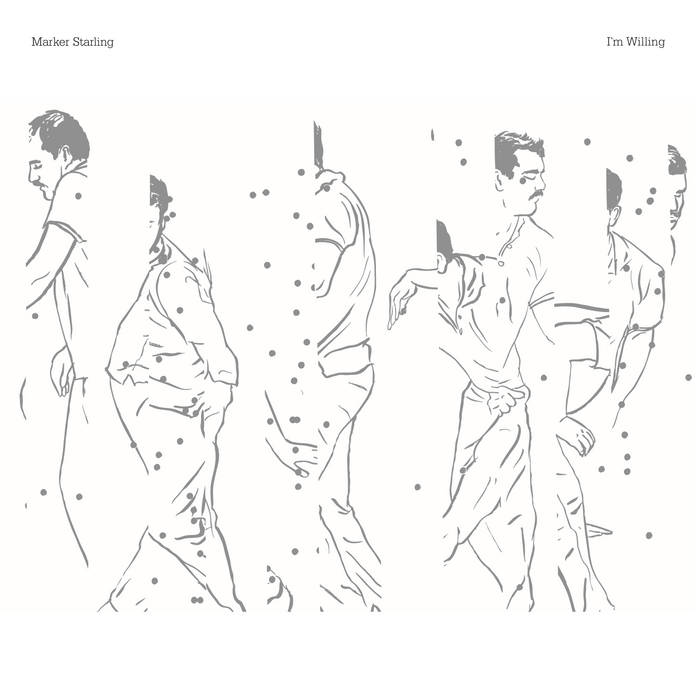 Daniel Schmitt Beautiful cover versions. Favorite track: Would You Believe In Me.

Ming The perfect soundtrack to a stormy day over a cup of joe and nostaglia. Favorite track: Perfect Day.

“I guess I'll never learn... I can't begin to know the meaning of love,” once sang New York jazz piano innovator Steve Kuhn atop a swirl of lush cello and skittering drums, on 1971 track The Meaning Of Love. Those same words might sound strange to hear tumbling from the husky vocal of Toronto troubadour Marker Starling on his new covers album I'm Willing – the latest chapter in the career of a Canadian avant-pop charmer whose music has, after all, long basked in the mysteries and meaning of romance. “I'm very much a romantic in real life,” smiles Marker, real name Chris A. Cummings. “There are love songs – then there are also love-of-life songs.” Both kinds are reinterpreted on the remarkable I'm Willing – an album that strips back the huge orchestral bloom of tracks by John Cale, Bobby Cole, Sergio Mendes and more to their raw, minimalist, emotional bare bones – just breezy bossa nova drum machine clicks, lilting Yamaha CP-70 electric piano melodies and one unmistakable voice.

Arriving hot on the heels of his March 2015 album Rozy Maze – a sanguine dream of McCartney pop, 1960s movie soundtrack sparkle with stoned Beach Boys melodies, released on Tin Angel Records – I'm Willing sees Marker move further away from his previous guise, Mantler, under which he released four cult acclaimed albums on German imprint Tomlab. “I wanted to make an album that would contrast strongly with my previous one,” explains Marker, who grew up listening to Miles Davis between episodes of Sesame Street. “It was my first time making a record outside of Toronto, and without any of my usual collaborators.” The opportunity had come up to make a record in a small studio on the fringes of Paris with Laetitia Sadier producer Emmanuel Mario (aka Astrobal), “so naturally I wanted to make that happen! But I only had two months before the session, and I quickly had the idea to make an all-covers record, which had been a long-simmering idea of mine.”

The result is a tender patchwork essay on the nature of love that, across 10 spell-binding covers, adventures through ecstatic proto-disco ('For Real', originally by Flowers), Brazilian Tropicalia (Caetano Veloso's 'Lost In The Paradise'), spiritual jazz (Doug Hammond's 'Moves') and other eclectic sounds, put together in 5am writing sessions last winter, as the frost-covered rest of the city was just stirring into life, in his house – a 100-year- old building nestled between 1970s builds in east Toronto's remote inner-suburbs. Stereolab's Sadier turns up on a rendition of Bobby Cole's 'Perfect Day' that dials down the scatty fervour of the original in favour of something more svelte. “I was overawed, since she has been someone I've admired and looked up to for years and years,” says Marker.

Marker found songs took on different meanings from the romance of the originals, shaped by events in his life. “Every time you walk my way, I know love is only moments away,” he sings on 'For Real', but he may also be singing about his infant child. “Rosy Maze was written before my daughter was born. Since that time, she’s grown from an infant to a baby to a toddler to a real, full blown, very articulate child, with her own thoughts and opinions, so living through all those phases of her life, and all the phases of fatherhood that went along with them – some of them exhilarating, some of them exhausting– was a new thing for me, a new chapter in my life. And really, the making of music was just a sidebar to that,” he says. “When your emotions are running high, which is often the case when there is a crying, laughing, jumping, running, emotional child in the house, different feelings can come up in the music that maybe weren’t there before.”

“Most of these songs are over 35 years old. I tried to make a unified album out of other people's songs,” explains Marker. “I have a tendency towards schmaltzy 1960s pop with slightly over-egged arrangements, done right of course, and unjustly maligned forms of music such as 1970s jazz funk and so-called smooth jazz” – genres, he says, have been written off, but deserve critical and cultural renaissances. “Romance is writ large in jazz!”

“Let's forget all our troubles and sorrows,” sings Marker on the album's defiantly upbeat closing track, a cover of Brazilian MPB mainstay Ivan Lins. “This is the smiling hour.” Warm, wise and wonderful, the beautiful I'm Willing will put a grin on your face that long outlasts 60 minutes.

Bandcamp Daily  your guide to the world of Bandcamp